Our Backyard Vibes are already starting to flow, with bike rentals, fly fishing, firepit and cabana rentals and more. When you add those amazing outdoor amenities to the every day luxury of our rooms and suites – and add something like live music from one of our Vertical Concerts – you have the makings of a summer to remember in Michigan.

Back by popular demand is Michigan’s only Vertical Concert Series! “Live music is one of the joys of the spring and summer months, so we’re excited to bring this nine-show Vertical Concert series to downtown Rochester this spring,” said Sue Keels, Royal Park Hotel general manager. “Enjoying a live show with family and friends is one of those things you can’t do virtually and we’ve found a way to be COVID-19 safe and still enjoyable and memorable.”

Royal Park Hotel recently announced its plans to re-open May 18 with a three phase approach allowing both employees and guests to engage safely following recommended guidelines surrounding COVID-19. The first phase of the hotel’s opening plan will be to offer overnight accommodations, carryout, and curbside pick-up from PARK 600, along with a “Work from Our Home” daily self-meeting package.

Rochester-based Royal Park Hotel received their fourth global award from WorldHotels for “Best Experience Creator” on Friday, June 14. The prestigious award was accepted on behalf of Royal Park Hotel by the hotel’s General Manager, Susan Keels, during the WorldHotels Annual Conference at the Flemings Selection Hotel in Frankfurt, Germany. 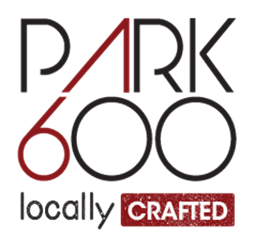